Although apple season is pretty much over here in Minnesota, it isn’t in my kitchen!

I’m getting ready for the long months of winter by preparing a whole bunch of freezer dishes and this week my main focus was breakfast and dessert! All which have apples as the main ingredient!

And even though the apple season is winding down, one of our local orchards offers what they call ‘second hand’ apples. There is nothing actually wrong with the apples, other than a few minor holes or bruises. Unfortunately, a lot of folks won’t buy them because of these flaws, so the orchard sells them at a hugely discounted price.

I’ve been buying these second-hand apples for a few of years now, and frankly, they are some of the best cooking and baking apples I’ve ever had! The only downfall is they do need to be used pretty quickly or they will go bad.

That’s not a problem at our house.

I usually make up several batches of applesauce to freeze for the winter months, as well as muffins for a quick breakfast or snack, and of course pies.

This year the majority of the apple we purchased for baking was McIntosh.

McIntosh is definitely one of my favorite apples to eat, but because they have that perfect combination of sweet and tart, and they soften shortly after harvest, they make the best apple (my opinion) for baking!  They quite simply just melt into whatever recipe you’re making in no time at all.

Which is why as I was preparing my winter stock of apple treats, I also decided to make a few batches of apple turnovers and dumplings!

The apple dumplings are SUPER easy because you can definitely take a big shortcut by using store-bought wonton wrappers.

You can also use store-bought pie crust or puff pastry for the turnovers, but I use a homemade pie crust. I always have some in the freezer, so I just have to take it out the night before and it’s ready to roll out.

I also saved time by doubling the apple filling recipe and used it for both the turnovers and the dumplings.

No special ingredients required. Just apples, spices, and a few other pantry staples and you’re ready for assembly.

That’s easy too, especially for the dumplings since the wonton wrappers are already cut to the perfect size. You simply place a tablespoon of the filling in the center, brush edges with egg wash and fold in half. VIOLA-yummy apple dumplings ready to bake or freeze.

The dough for the turnovers does need to be cut whether you use store-bought or homemade, but no biggie, otherwise the steps are pretty much the same.

If your baking both you can roll your dumplings in powdered sugar as I did, or eat them plain.  I also made a simple glaze for the turnovers, but again, you can sprinkle them with a bit of cinnamon and serve right from the oven!

Here is the recipe for both!

I hope you enjoy!

Have a great weekend! 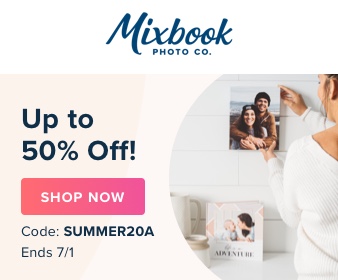